Ageism in advertising: the silvers are actually gold

Sign up for our once-a-month marketing jam, and we'll hold the spam

According to the New York Times, a third of America's population is over the age of 50, with trillions of dollars to spend and a huge chunk of years left to live. But somehow in a separate reality of ad land, the 50+ (who are we kidding, even 40+) have almost vanished from the face of the earth, or at least from the conference room and creative brief. A measly 13% of  aforementioned “old folks” are shown in ads.

The older kids are alright

And let’s not forget that Baby Boomers still account for 74 million in population, and well over half of America’s household income. According to one study, the two new hobbies seniors are embracing during the pandemic are cooking (41%) and baking (34%). If only those home meal kit and smoothie brands would take note. Think they’re not online? Think again. In June 2020, NRF reported that over 25% of Boomers had used a grocery delivery service at least once in the past three months. That’s a lot of people and revenue to ignore.

Despite their giant wallets, 78% of people over 50 believe advertisers don’t get them. But payback is real because 49% of these folks repay marketers in kind—they ignore brands that ignore them.

While ageism in advertising is annoying, ageism in employment can be devastating. To make things worse, the two are inextricably linked. Ageism in the advertising industry is rampant. And that means the folks in charge of marketing for brands are biased and kind of clueless about Gen Xers and Boomers.

Ageism is anchored in the belief that people lose their value, skills and ability with age. Job searches are constructed so that AI weeds out people with degrees or high school diplomas past a certain year, or whose job experience extends too far into the past. More and more Gen Xers and Boomers find themselves put out of the full-time workforce, with no way back in, despite how many hundreds of applications they fill out, how much training they do, or how hard they network

Don’t believe this is a thing? It is.

WPP CEO Mark Read famously tweeted: "We have a very broad range of skills," he said, "and if you look at our people — the average age of someone who works at WPP is less than 30 — they don't hark back to the 1980s, luckily.”

Note to Mr. Read: The population of older Americans was expected to more than double by 2060. Guess WPP and its clients are poised to “luckily” lose money.

Writing off the very influential, very active, and still very sharp as the new, mundane and quiet silver sect is very, very much a mistake.

But it’s not allllllll doom and gloom. Some brands actually  get it.

Enter one of our absolute favorites, CADDIS, whose tagline, “We’re the anti anti-aging brand,” works wonders. They’ve brilliantly seized the day and read the tea leaves by making aging cool and aspirational. They’ve redefined reading glasses as desirable, stylish eye appliances that can be an outfit staple. And their Instagram is no joke.

Who's the influencer now?

Speaking of Instagram, according to Statista, almost half of those ages 30-49 are  Instagram users and a third of those 50-64 are trailing behind them. That’s, umm, a lot of people to ignore.

The silver (haired) are actually gold

Let’s try some optimism for a minute. Perhaps advertisers and marketers don’t deliberately set out to alienate older consumers. But since agencies and brands have kicked a ton of the older people out of their marketing and advertising departments, the young people in these roles are only thinking about marketing to other young people. In fact, one study revealed 62% of those over 50 believe advertisers ignore them because they are too young to understand them. Let’s get real, only the older folks know what it's like to go through almost every stage of life, professionally and as a consumer. We can’t entrust folks under 30 to get it.

If you’re now panicking about how you’re leaving behind a pot of gold at the end of the rainbow and wondering how to fix this mess, we’ve got some suggestions to get you started:

** Special thanks to Nina McCollum for her contributions to this post. 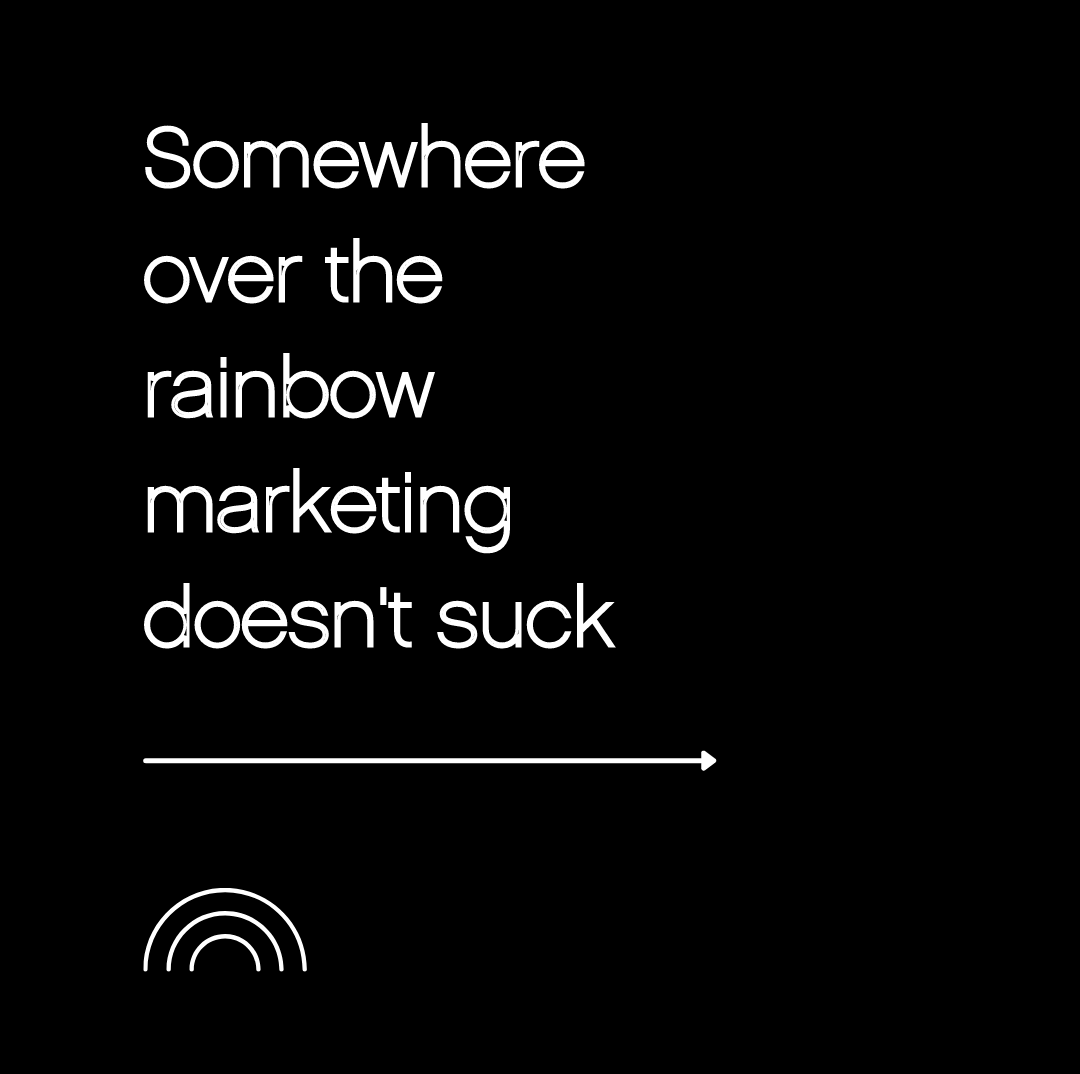 How One Insurtech Turned Boring On Its Head

A few years back I was lucky enough to work with and cross paths with Mai Fenton, one of my marketing crushes, who is now the CMO at an amazing B2B brand...

An Open Letter To Scrappy Startups: A Single Parent With Eight Kids And A Marketing Ninja Have A Lot In Common

We see you. Your flashy website, “disruptive product that eliminates friction” meticulously weaved into your job post for one...

How to embed a HubSpot form in a blog post
Why B2B marketers should look through a B2C lens
10 signs you might need an email marketing consultant in 2022
What is a fractional CMO?
10 digital marketing mistakes to avoid